Spider-Man: TAS Producer and Head Writer, John Semper Jr., hosts a lively series of audio-only podcasts, taking you behind the scenes of the making of this groundbreaking animated series. You'll meet voice cast members up close and personal, as well as artists, writers and creative personnel, and you'll get all of your production questions answered.

Be sure to subscribe to his YOUTUBE CHANNEL to be notified when new podcasts are uploaded. And be sure to also join our FACEBOOK PAGE to ask questions, and give feedback!

PODCAST #1 - An Interview with NICK JAMESON - The unofficial fifth member of the classic rock band FOGHAT ("Slow Ride"), Nick Jameson, describes how his early life and career as a musician and actor led to his becoming the voice of "MORBIUS, THE LIVING VAMPIRE" in SPIDER-MAN: THE ANIMATED SERIES.

PODCAST #2 - Producer and Head Writer JOHN SEMPER JR.  travels back in time to August 6, 1994, when the crowds at the San Diego Comic Con got their first glimpse of SPIDER-MAN: THE ANIMATED SERIES before the series premiered on the Fox network. On the panel are Stan "The Man' Lee, Dennis Venezelos (Art Director), John Semper Jr, Chris Barnes (the voice of "Spider-Man"), Saratoga Ballantine (the voice of "Mary Jane Watson"), Dell Barras (Artist and Designer) and Bob Richardson (Supervising Producer). 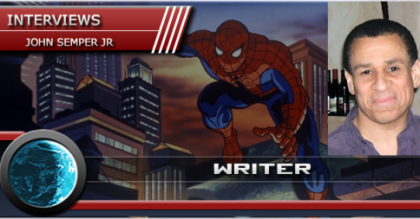 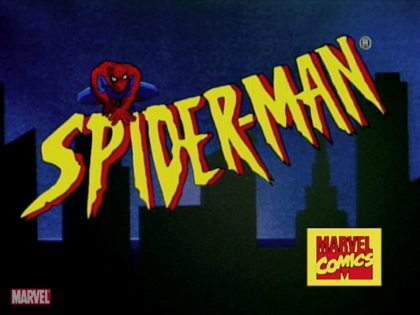 (CLICK ON THE PICTURE TO GO TO THE PODCAST)

JOHN SEMPER JR., Producer and Head Writer for SPIDER-MAN: THE ANIMATED SERIES is interviewed on the "SUPERIOR SPIDER-TALK" podcast. This is an epic TWO-HOUR discusssion about the making of the series! CLICK HERE or on the picture above to go to iTunes where the podcast can be accessed for free. The Semper podcast is dated 11/25/14.